“FRANCISCO  ALEGRE,  Childhood is the homeland”

Barcelona is a major tourist destination in Spain, known for its remarkable architecture and beauty. It is a cosmopolitan city where many foreigners want to live. However, little is known about the migratory wave that occurred a few decades ago, during a dark post-war period of political persecution and poverty. Many families coming from Andalusia, Galicia and Extremadura arrived in Barcelona, looking for a decent future, and contributed to the creation of the beautiful city we know nowadays.

The former slum Francisco Alegre reflects the story of a dark Barcelona, and it is a clear example of community life in the Horta-Guinardo district. This precarious neighborhood originated in the 60´s, as a result of a wave of mainly Andalusian migrants who arrived in Barcelona escaping poverty or political persecution. Many families settled in self-made slums and unsteady shacks without electricity or water, and began to rebuild their lives amidst hardship and hope.

This project BARNACAS II; Francisco Alegre,  is a long term documentary,  featuring the historical memory of the pre-Olympic slums in an  “augmented narrative” format, a transmedia platform.

It focuses on the children of the first slum dwellers, the second generation, the forgotten generation from that specific slum period. They are children the from the 60´s. Their generation has lived the Transition from dictator to democracy and attended the demolition of what had has been once their homes.

The Transmedia Immersion is made through multiple channels or different platforms, simultaneously, complementary, and they support each other: 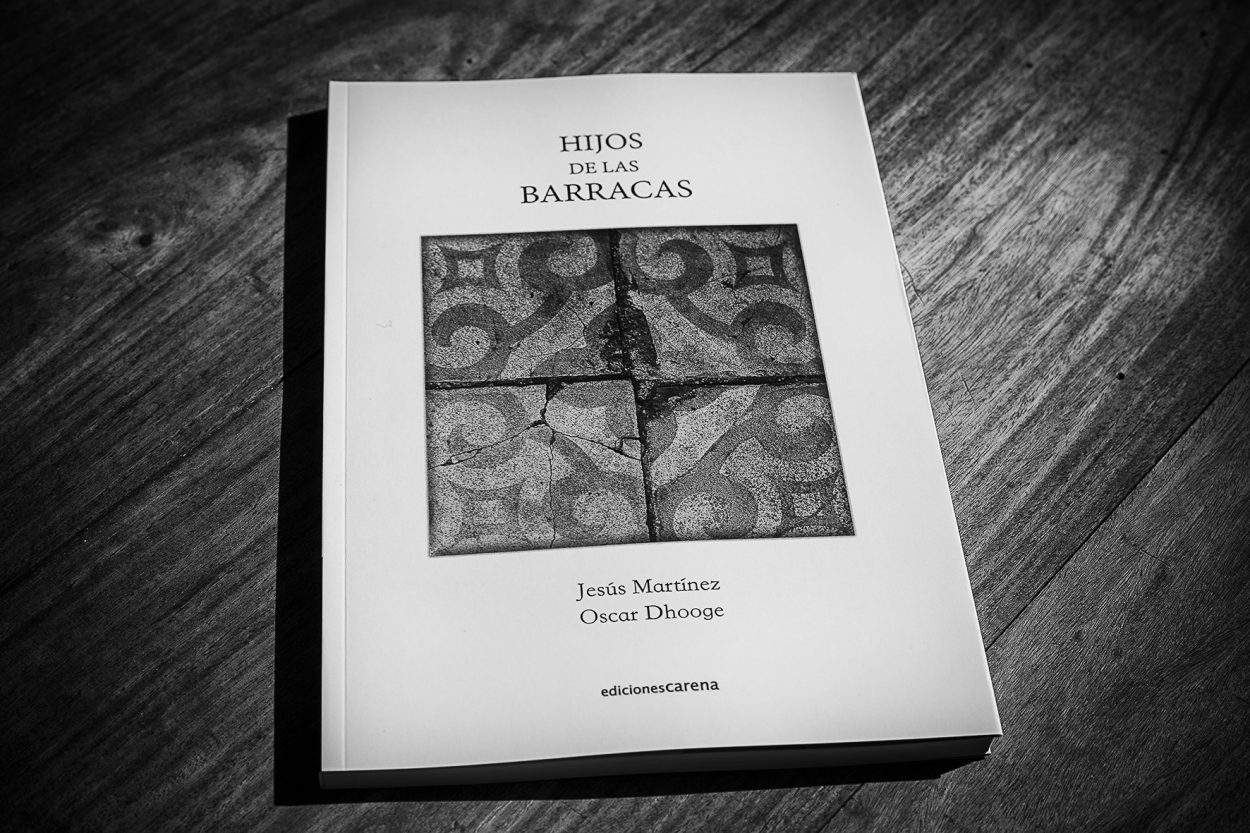 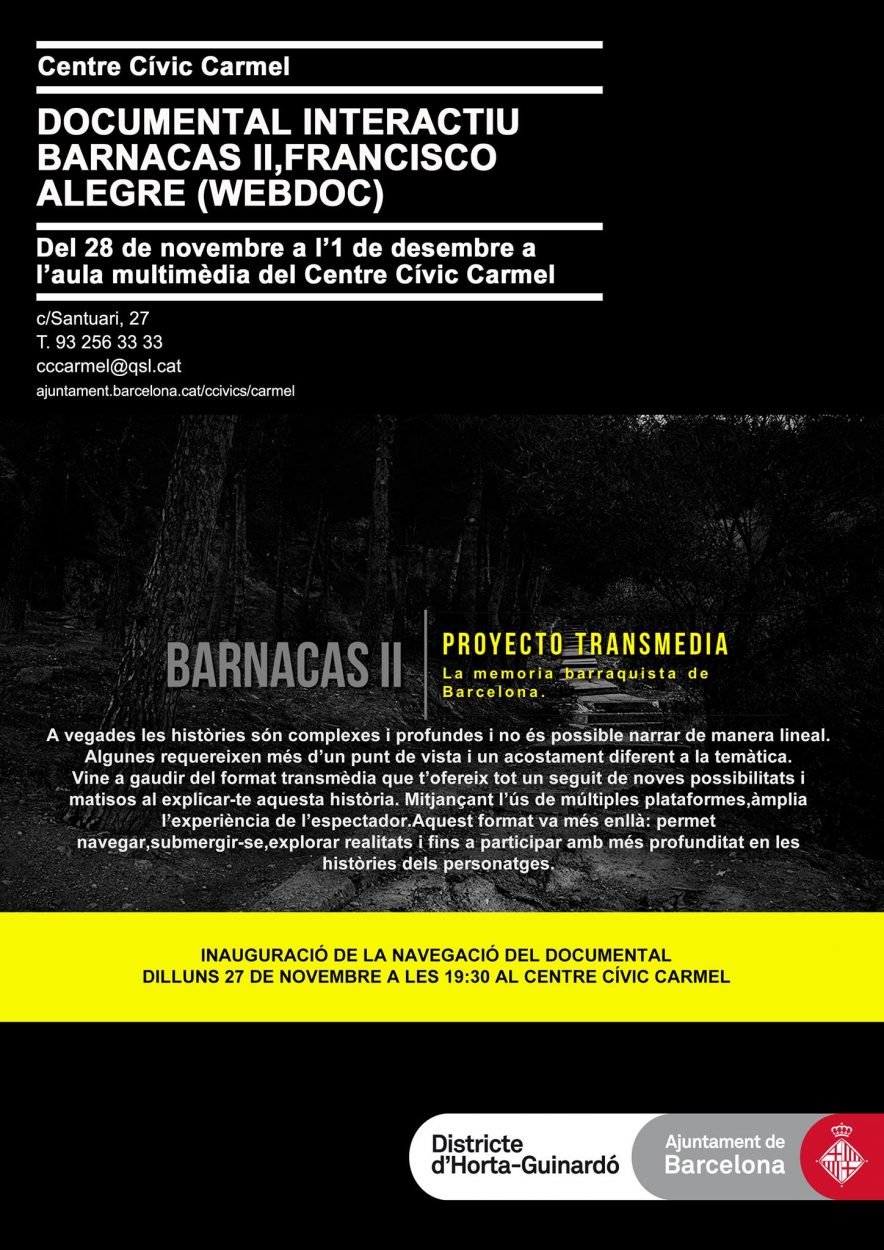 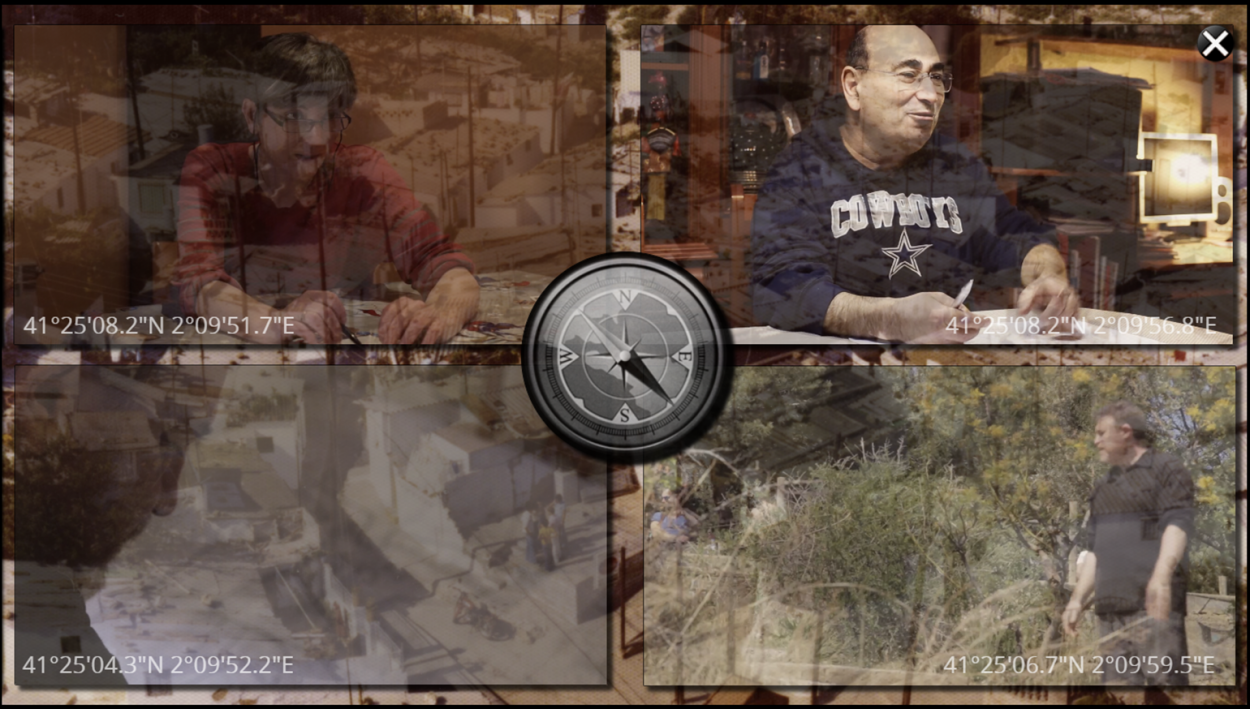 Guided Tours: “Up above Barcelona, the Carmel slums”

(In collaboration with MUHBA, Museum of Barcelonean History and City District of Horta-Guinardó Barcelona. [ongoing] 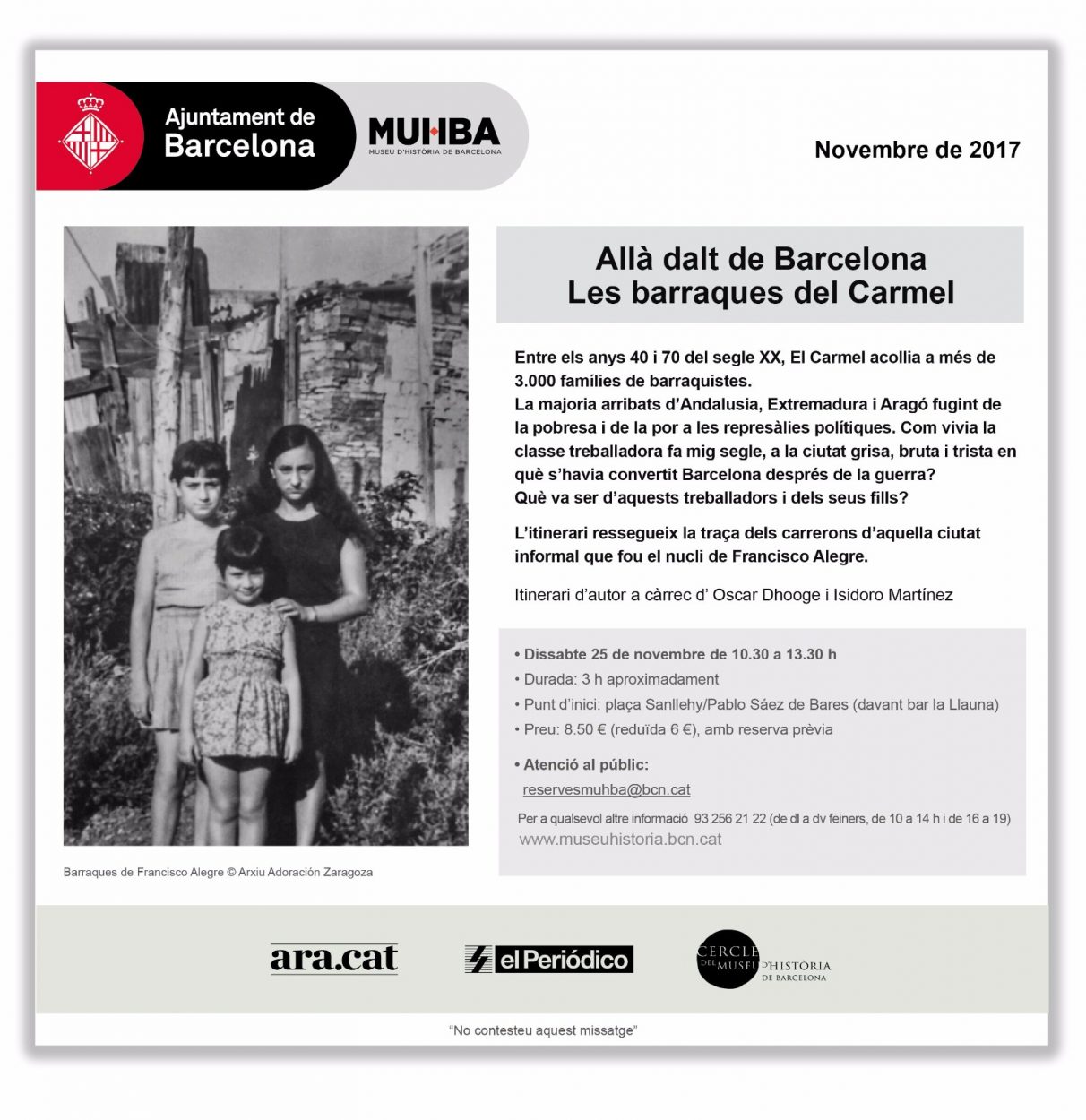 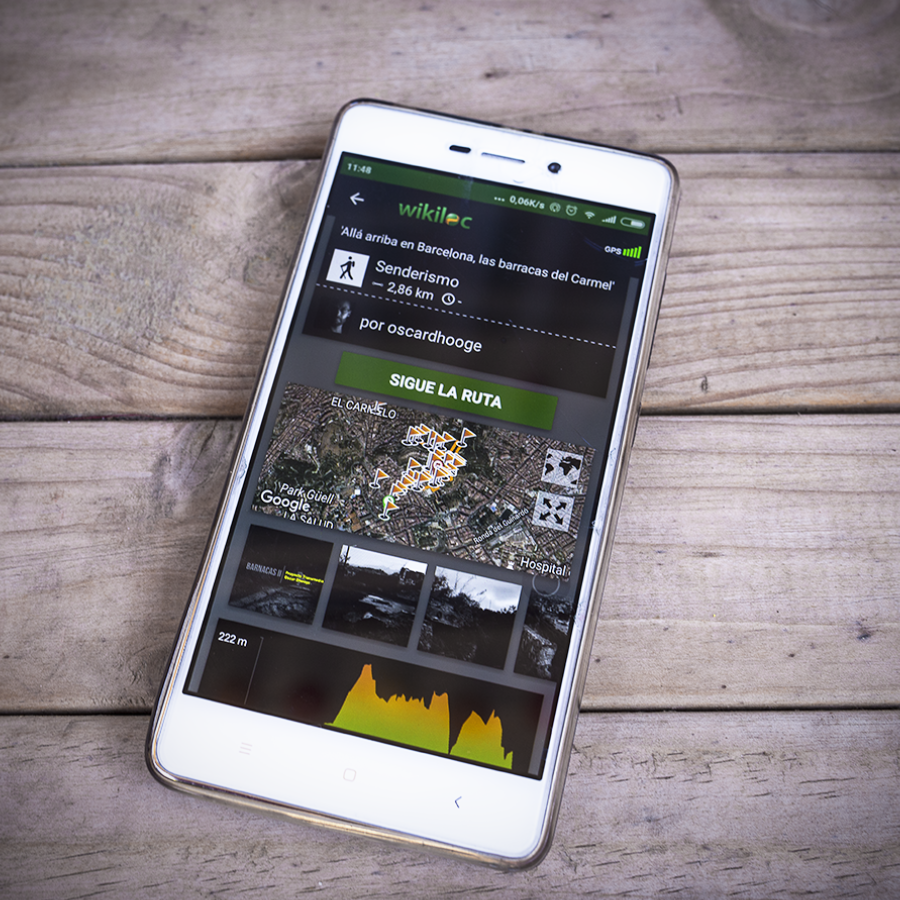 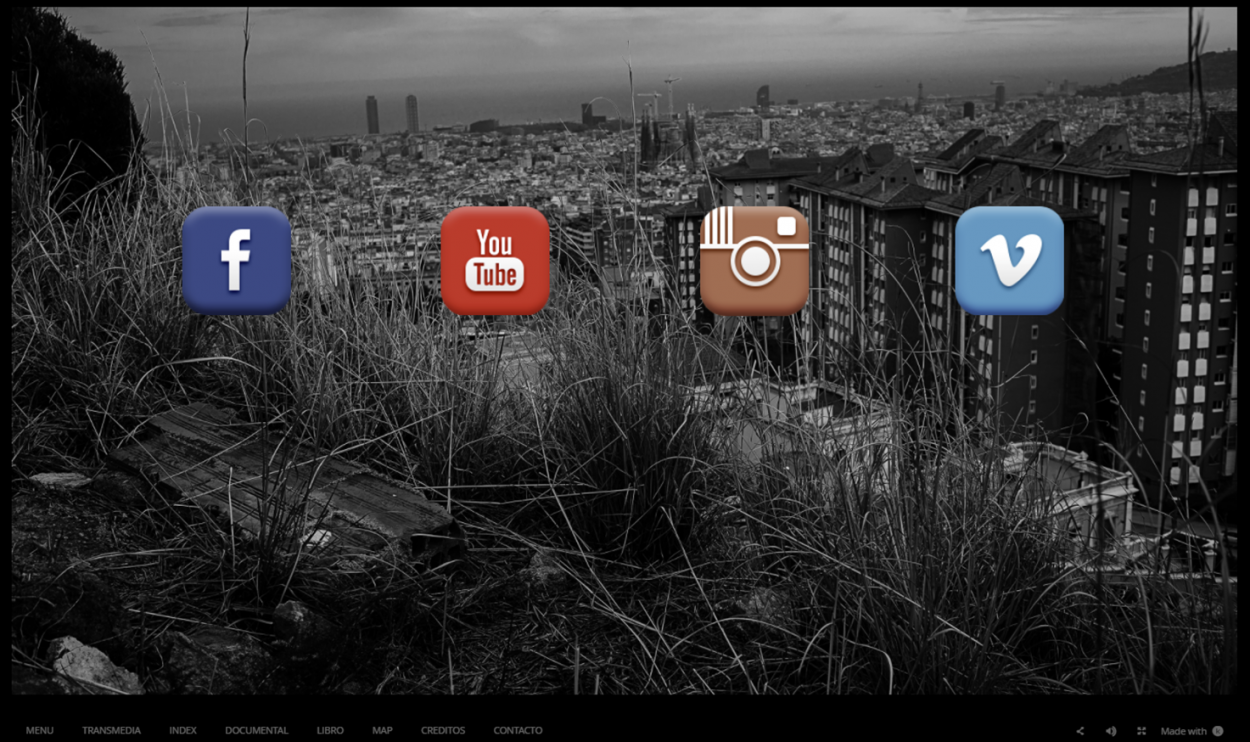 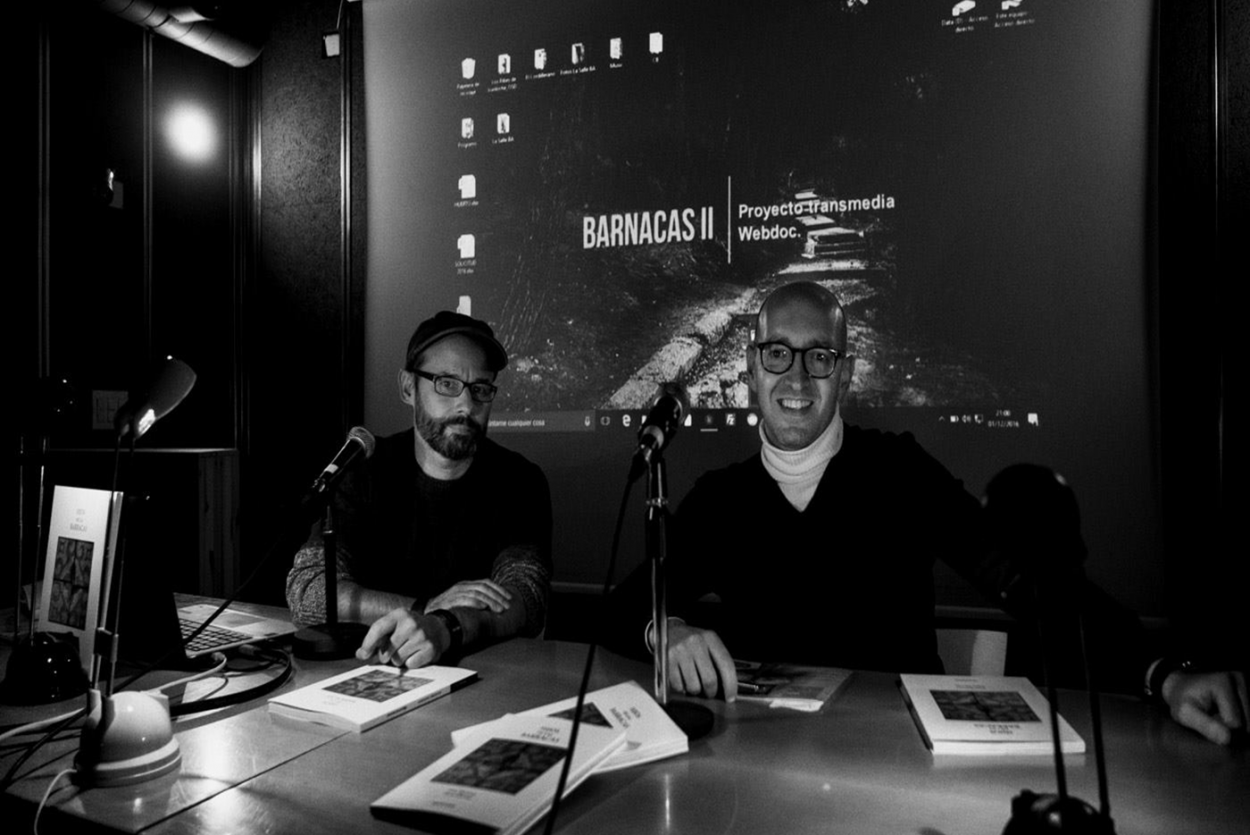 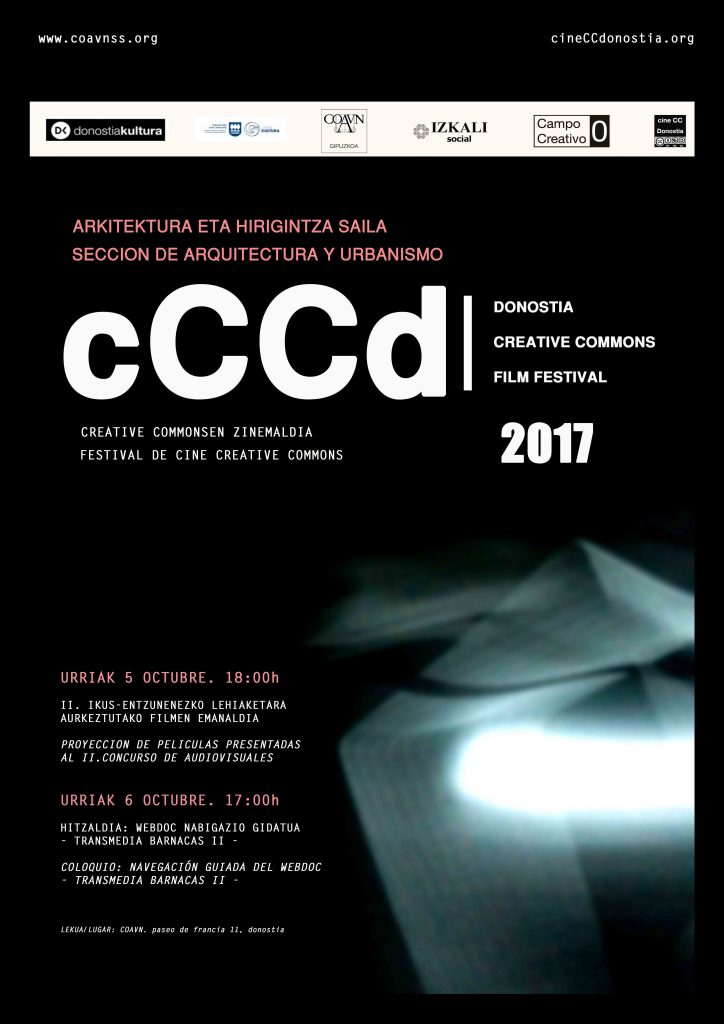 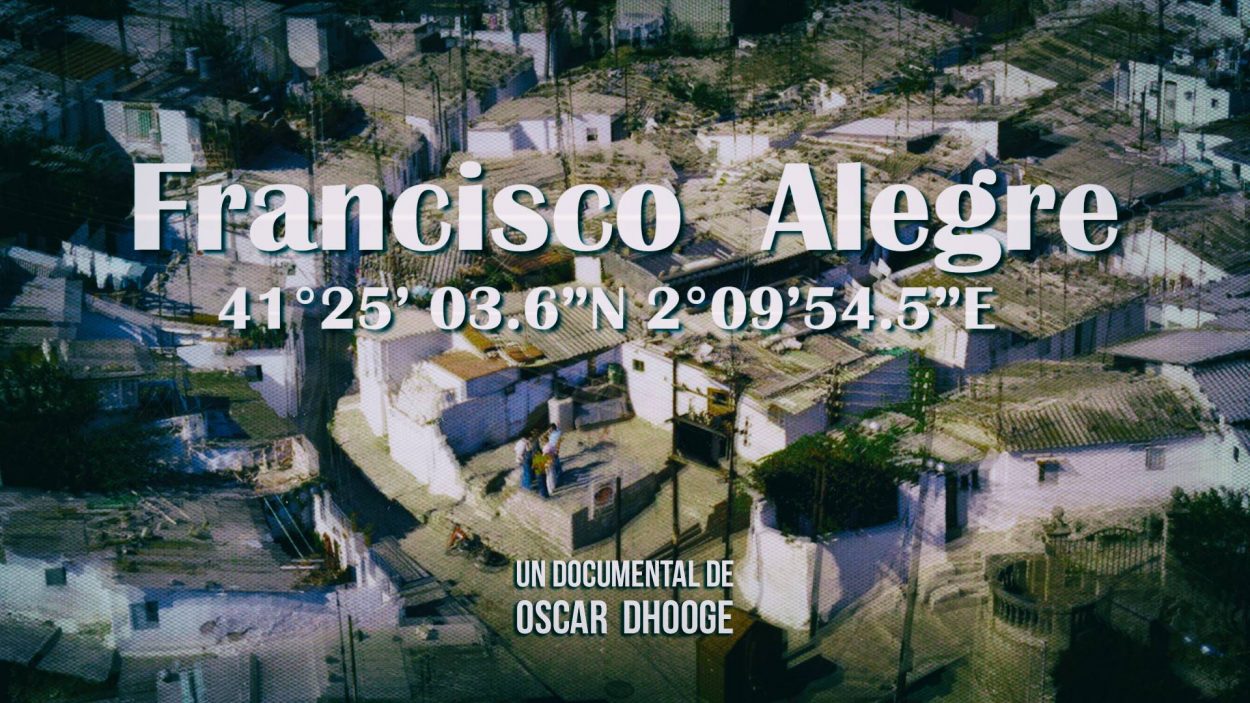 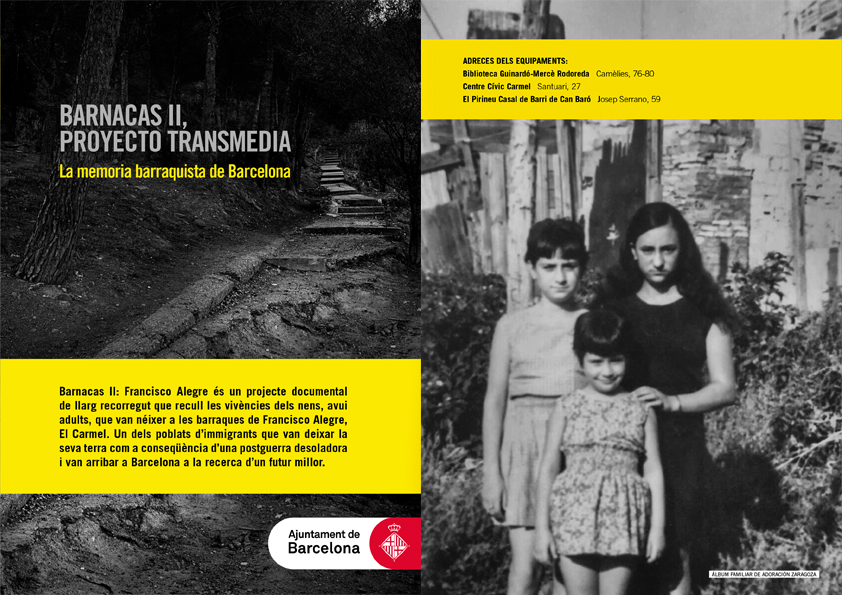 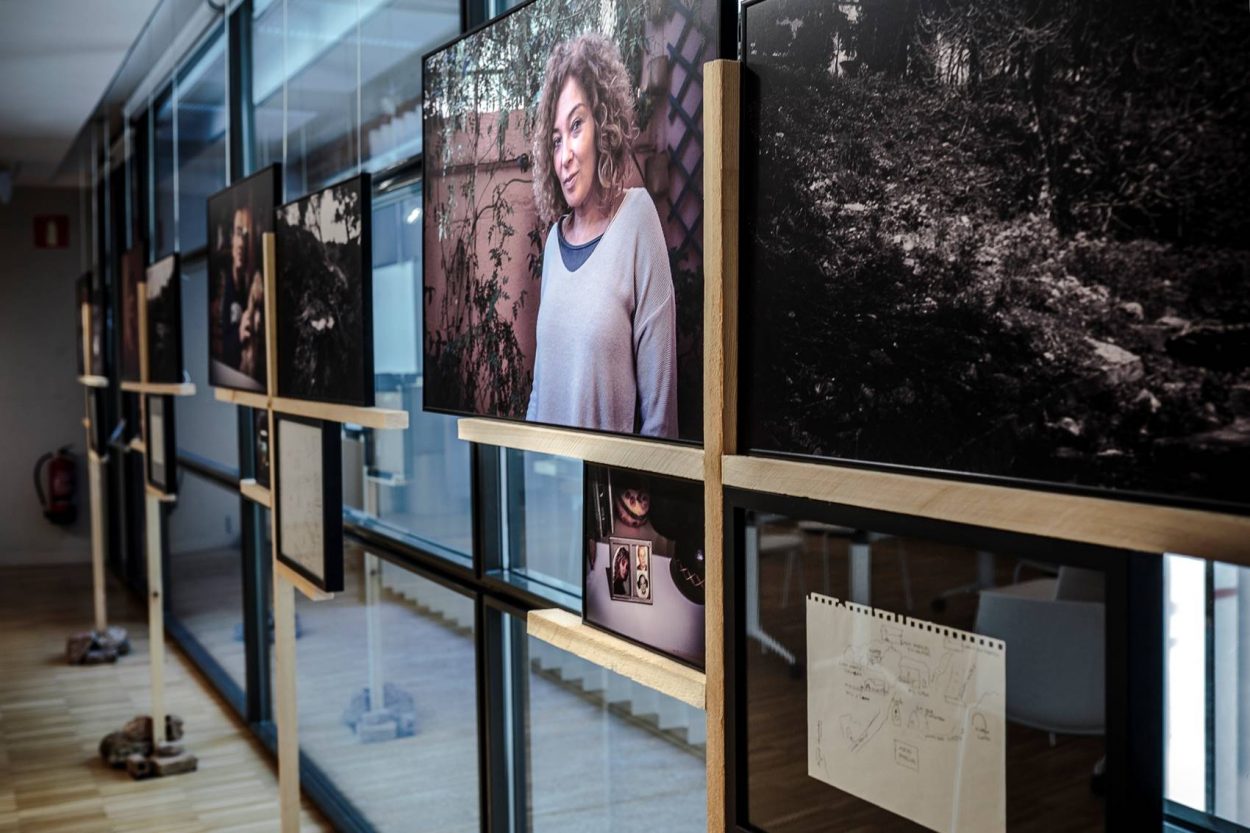 See also the next related posts for more details.

Book: Children of the Slums